Its been a while, infact a long time I wrote something here. So better late then never.

In my house, we have this long tunnel kind of thing just next to our bathrooms. This is the place where you have all the plumbing things going on. I stay on 8th floor. So in this place, me and my wife recently discovered that a Pigeon has hatched eggs and we could see two little squabs.

Over time, I tried to take some pics. Notice that how they are growing bigger over time. 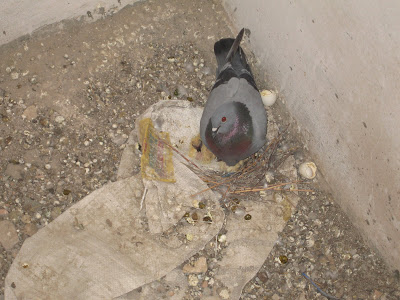 Shot on – 24th Feb, 2008
You can see the egg crusts and the mouth of the babies. They are still under Mother pigeon. I have more pics of this time. 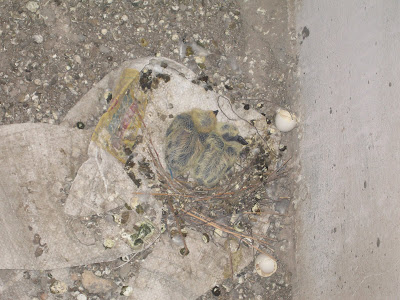 Shot on Feb 29, 2008 morning. I know that I should have taken more pics and should not have waited for a week. Now you can see babies very clearly, also mother Pigeon is away. 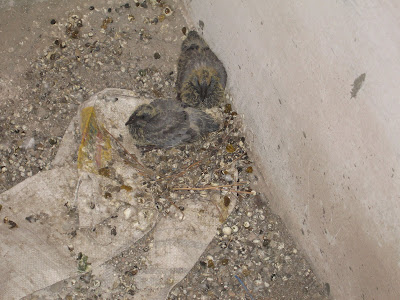 Shot on 8th March, 2008.
Now the skin/feather color is getting closer to what a Pigeon looks like. 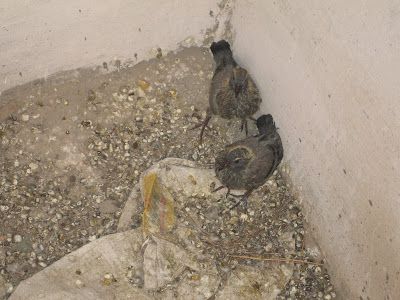 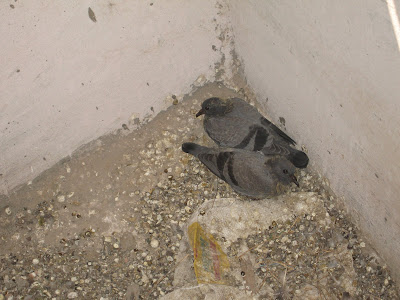 Shot on 19th March, 2008.
The interesting thing that both remain together. 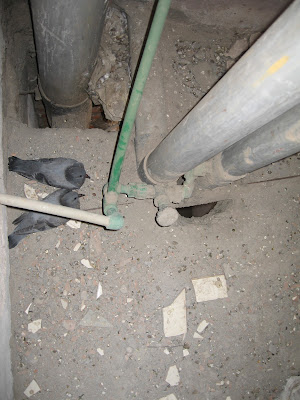 That was the last time, I saw them.

I wished I would have clicked more pics. The interesting news is that about 2-3 weeks back I again observed a Pigeon and after some time I saw two eggs. Till this morning the eggs were not hatched. I have clicked some pics, so hope to share more over time.